“According to Danish folklore recorded in the late 1800’s, when a king or chieftain was killed in battle and not found and buried, ravens came and ate him. The ravens became valravne. The valravne that ate the king’s heart gained human knowledge and could perform great malicious acts, could lead people astray, had superhuman powers, and were “terrible animals”

Valraven is an interactive virtual reality story where you as an observer is transported into the world of old Nordic folktales to be a part of a heartfelt and emotional story in an atmospheric world of old. In a world where we are constantly bombarded with catastrophe after catastrophe, terrorist attacks, global warming, famine, disease and death on a daily basis – unfiltered showed into our conscience by the media that surrounds us, in an attempt to fight for our ever fragmented attention.

We as human sentient beings have from nature and evolution’s side been equipped with a set of tools to help us filter the world that surrounds us, to deal with trauma and violence. To compartmentalize, to help us digest and cope with these external reactions.

We have over the last decade gone from images of starving children in Africa, that would appeal to our conscience and make us emphatically donate our money to help people half a globe away to compassion fatigued people fragments who can only deal with the world around us by swiping past one disaster and disaster after another on our Tv channel or Facebook feed. I wonder why is this?

The world we created around us have not changed dramatically over the last 10 years, only the way we are now presented with an increasingly unfiltered world has changed. Compassion fatigue (Secondary traumatic stress) is normally something that that nurses, police officers, ambulance crew could experience over time and without tools to help them.

“Compassion fatigue, also known as secondary traumatic stress (sts), is a condition characterized by a gradual lessening of compassion over time. it is common among individuals that work directly with trauma victims such as, therapists (paid and unpaid), nurses, teachers, psychologists, police officers, first responders, animal welfare workers, health unit coordinators and anyone who helps out others, especially family members, relatives, and other informal caregivers of patients suffering from a chronic illness. it was first diagnosed in nurses in the 1950’s” 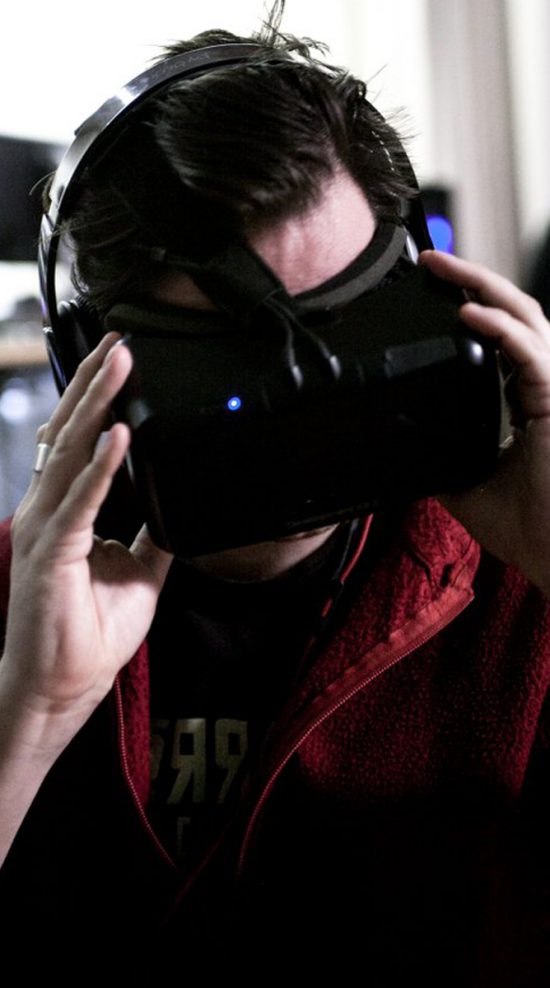 I wonder if we are moving into the first stages where normal functional people in the western world is starting to move into a STS like mental state. The first stages in developing empathy fatigue. It is my believe that in order to combat this possible increasing empathy fatigue we have come to face on a human scale, we must return to the old stories.

We live in a time where the world we surrounds us with, is increasingly fighting for the attention of our consciousness using evermore hard hitting ways. Real unfiltered violence and emotional stress in media has become ever popular tools to sell everything from perfume to newspapers, to Tv shows and news channels. The increase is an ever rising exponential curve, but where does the human mind break under the pressures? Where do we lose our capacity to feel? In the old Folk tales like the Nordic folktales or the old Greek mythologies – the listener identifies with the main protagonist no matter if the main character is male, female, a King, a bandit, a child, adult, animal or other and experiences the hardship, the emotions, the hero’s journey through another character, and through a filter. This enables the storyteller to instill in-direct morals and lessons to be learned.

“Myths and folk tales are an ancient legacy: the legacy of many millennia of human interaction with the land which gives us life, and with the non-human others who occupy it with us. These stories implant themselves so deeply in our hearts, and remain there, in good part because they are redolent with archetypes – images that bridge the personal and the universal. Archetypes are like keys, unlocking an ancient, deep, magical wisdom which we may never have known we had. But in the vehicle of a story, archetypes become more than mere images: they become energies, embedded with instructions which guide us through the complexities of life and show us what we may become – or how we may participate in the becoming of the world. They have the power, as mythologist Joseph Campbell put it, ‘to carry the human spirit forward’ 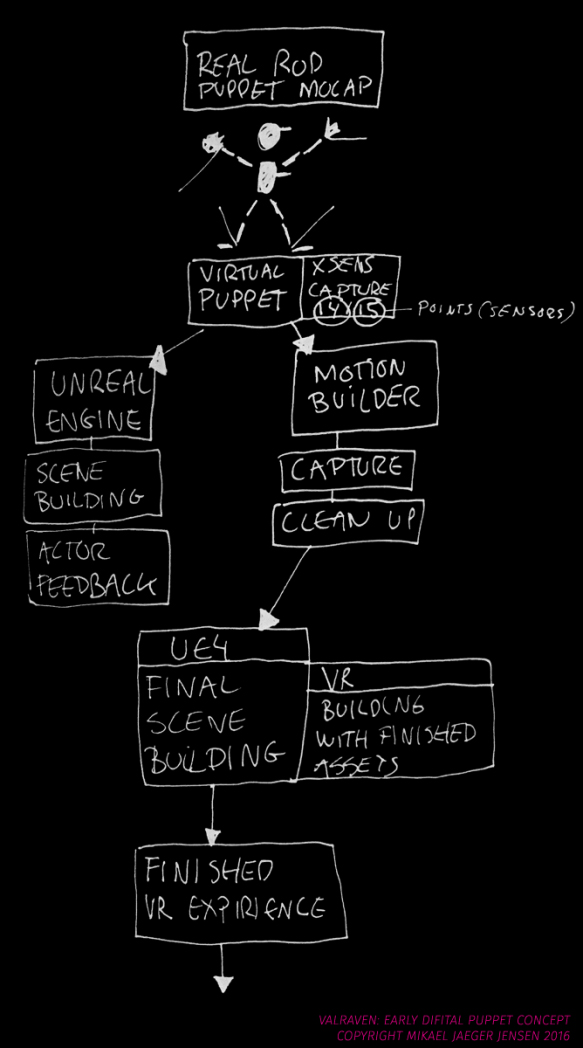 The overall idea behind Valraven is to tell a coherent story over a series of tableau scenes that unfolds before the observer and where the observer can choose witch viewing angle and character to see the story from. You might choose to see the story from the angle of the woman forced to marry a heartless troll, or from the angle of the Valraven who hungers for a human form. It is up to the observer to chose who to follow or maybe take the more neutral view where both characters play out their role in front of you.

Valraven is an atmospheric story based on an Danish story from the 1800 but originally based on an much older story dating back to the Viking era.

Valraven is using an unique approach to motion capture in order to bring the characters to life. We will capture the animation of real life rod-puppets manipulated by a team of accomplished puppeteers. The motion is then brought into Unreal Engine where the characters are rendered in real time and the scene is build around the characters.

The environments are atmospheric sets and tableau’s build to support the story as fog rolls in through the bleak forest and Ravens feathers fall violently from the the vortex of Ravens swirling around the corps of the a dead King. A series of stylized environments where the observer are invited to indulge in the environment and the story.

The main story line is told through music and the lyrics of the songs together with the expressive and engaging motion of the digital puppets. There is no voice over or traditional dialogue as It is my idea that the emphasis is very much on the user’s own interpretation of the characters via the music, animation and action